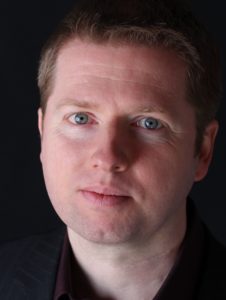 Ian Wilson has written over 150 works, including operas, concertos, string quartets, a range of orchestral and chamber music and multi-media pieces. His compositions have been performed and broadcast on six continents, and presented at festivals including the BBC Proms, Venice Biennale and Frankfurt Bookfair and at venues such as New York’s Carnegie Hall, London’s Royal Albert Hall and Vienna’s Musikverein. He is a member of Aosdána, Ireland’s State-sponsored body of creative artists, and in recent years has been AHRB Research Fellow at the University of Ulster, An Foras Feasa post-Doctoral Research Fellow at Dundalk IT, director of the Sligo New Music Festival and Composer-in-Association with California’s Camerata Pacifica ensemble and the Ulster Orchestra.

His music is published by Ricordi (London) and Universal Edition.